Tulsa Area Triathletes mission is promoting and providing fair and safe competitive multi-sport events and training opportunities for individuals of all ages and abilities in the South Midwest Region of USA Triathlon.

The board of directors is charged with the responsibility of providing an environment that promotes social interaction between multi-sport athletes and cooperation between other area single-sport clubs (i.e. swim, bike and running clubs). All current TAT members are encouraged to get involved, attend monthly board meetings and help chart the course of multi-sport in Tulsa.

2020 TULSA AREA TRIATHLETES BOARD OF DIRECTORS

Club officers volunteer for a year of service on the club board of directors as: ​President, President Elect, Past President, Secretary, Treasurer, Membership, Newsletter/Social Media or one of five 'Members At-Large'. 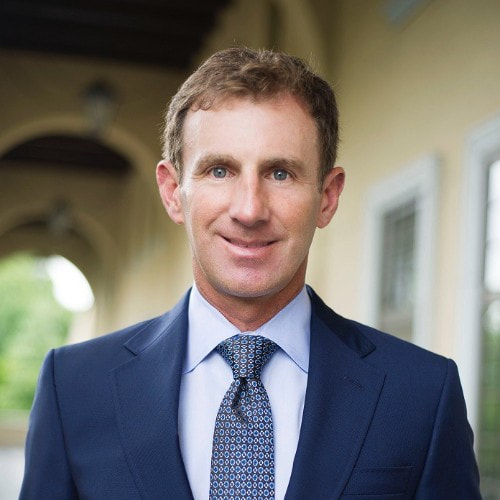 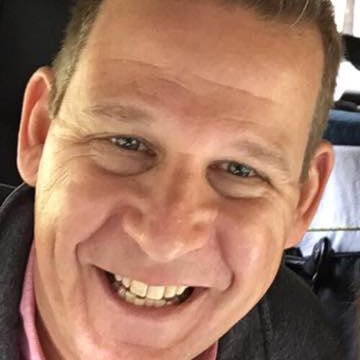 Each fall Tulsa Area Triathletes elects members to fill open club officer positions on our board-of-directors. 2021 will present tremendous growth opportunities and the response to our call for candidates has been overwhelming with 7 incredible people volunteering to serve vacant club officer positions.

​Now it's time for you to decide, who will help shape the future of Tulsa Area Triathletes? 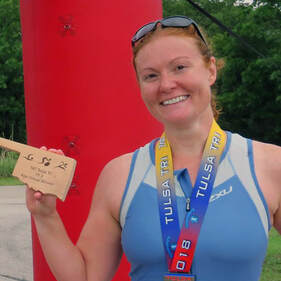 Addie Yandell
Addie has been an athlete nearly her whole life and is passionate about the power of sport to transform lives—improving both physical and mental health and providing a positive community to inspire and encourage growth. Addie is a proud Jenks Trojan Swim Team alum and has gone on to compete both locally and internationally in triathlons from sprint to 140.6 in addition to racing well over 20 marathons and ultras and playing collegiate water polo.

Over the past decade, she has worked to foster sports community and encourage new athletes as a founding member of the London Embassy's marathon training group and TriAmman—the first triathlon club in Jordan. Additionally, she served to integrate the foreign and local sports communities in Amman, Jordan—increasing the visibility of sport and fostering awareness of athletic talent among underprivileged communities. 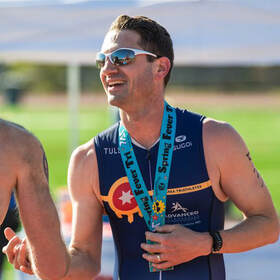 David Carter
​David has been a committed runner since he was 6 years old and a marathoner since 1999. 2019-2020 was his third season as a triathlete and, as with so many local athletes, was supposed to include his inaugural Ironman, which he is now on schedule to complete in May 2021 He lives in Tulsa with his wife, clarinetist Dr. Angela Carter, their two children Adella and Simon, and a black Labrador retriever named Gus.

David is Principal Clarinet and Education Director with the Tulsa Symphony as well as Acting Principal Clarinet with the Tulsa Opera Orchestra. He is also Clarinet Instructor at the University of Tulsa and performs and teaches each summer at the Red Lodge Music Festival in Red Lodge, Montana. He has performed and presented master classes in Brazil, China, Puerto Rico, and the United States and has sat in the clarinet sections of many notable orchestras. 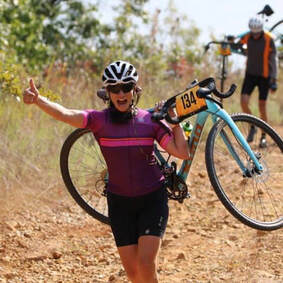 Katherine Anderson
​Katherine’s interest in triathlon has developed over the last few years.  She swam competitively in high school and college and is an avid runner and cyclist.  As a potential TAT board member at large, she would like to organize a gear swap event and help with member organized training and events.
​
Over the last 16 years, Dr. Katherine Anderson has worked in an integrated hospital environment providing patient oncology care.  She has served as the Chief, Division of Naturopathic Medicine for CTCA’s five hospital system and Director of Integrative Oncology at CTCA’s Southwestern Regional Medical Center in Tulsa, OK.

Katherine has a strong volunteering spirit.  She is the creator of Earth Day: Celebrate CommUNITY, an annual event at the University of Tulsa which served over 2000 elementary children providing education on sustainability, STEM and outdoor learning.  She has held board positions and is involved in community programs such as the Colon Cancer Coalition, American Cancer Society, Dress for Success, Circle Cinema and the Tulsa Regional STEM Alliance.  Her greatest joy and achievement is her son Tristan.  They enjoy playing chess, walking their dog Dragon, biking and running the trails at Turkey Mountain. 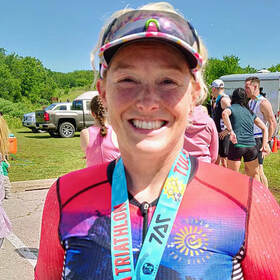 Rebecca Thompson
Rebecca began running around 2006 and has done multiple half and full marathons.  She started doing triathlons in 2017.  She did Augusta 70.3 as her first half in August of 2017 and completed Ironman Arizona in 2018.  Her 2021 race season (if it goes as scheduled) is planned for Oceanside 70.3, IM Tulsa and IM Arizona along with local races during the year.

​Ms. Thompson is married with a son, two step sons, two cats and two grandchildren. Her favorite quote: “She believed she could, so she did.” 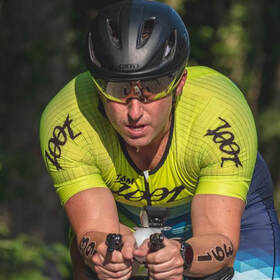 Ryan Scharnell
Ryan  Scharnell enjoys training for triathlons (he has been racing for 15+ years) and coaching his kid's little league baseball teams. He currently volunteers his professional services with Tulsa Lawyers for Children and is a board member and Governance Chair for the Fab Lab Tulsa.

He started his triathlon career with Team in Training where he was a participate and stayed on to be a mentor and coach. Along with numerous sprint and Olympic distance races across the country, he has completed 2-full Ironmans (Texas and Florida) and 5 half IMs. In 2021, he is registered for Galveston 70.3, Ironman Tulsa and Redman 70.3, and intends on racing the Chris Brown Duathlon and Summer Round Up again as well. 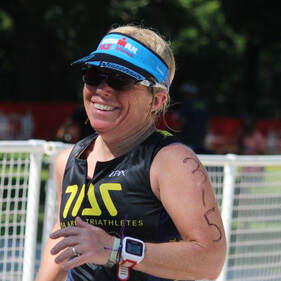 Sharon Clark
Sharon Clark started her Triathlete journey with a TAT training camp and Claremore Sprint Tri. She is a self-admitted back of the pack athlete. After a few years of half and full marathons and shorter distance Tris, catching the cycling bug with the Divas and Pandas,  Sharon completed the 70.3 2017 TAT Race in Barnsdall.  Then she caught the longer distance bug taking on IMAZ in 2018 and IMFL in 2019.

The best part she says, 'is the training with so many friends!'  Sharon has a real love for OWS, and even though she admits to not being speedy, she loves getting anyone out to the lake to swim with. You may have seen her at Heyburn hosting Tuesday nights in the summer of 2020.  2021 will bring on a 70.3 at IM Chatt and a possible 3rd full.

Sharon has 2 twenty something girls she adores and her husband is her best Sherpa for all this fun. 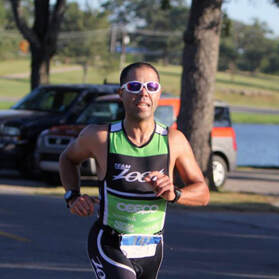 Yassir Janah
Yassir Janah started his athletic career late in life with casual running and competing his first event ever, a 5K, in 2007 that fueled a love for running and competing.  The Route 66 Marathon was his second event with a finish time of 3:30.  He knew then knew that he had the gift of running and started training hard to break 3:10 and be a Boston qualifier. He ended up with 3:08 and kept on training to break the 3-hour marathon and was successful several times over.  After a few years of running he was introduced to cycling as a 'cross training' sport, he fell in love with cycling as well and soon started competing in crit races.  Then transitioned to duathlons...and said to himself, "why not learn how to swim and start competing in triathlons?"  The rest is history, he committed to the Triathlon world, specifically Ironman 70.3 and Ironman distance events.  He was blessed to be a part of two 70.3 world championships and a Kona World Championship appearance in 2019.  Still as passionate about triathlons as ever, he plans to compete to qualify for Kona again sometime soon. Yassir says, "I love giving back to the sport and paying it forward...I have had lots of people invested in me that have helped me get to where I am in the sport and I try to do the same with others who are just starting. Thank for the nomination and for the opportunity to potentially serve the triathlon community!"
VOTING RULES: